The sheriff of Stone County, Missouri, is is defending “In God we trust” stickers placed on the back of police vehicles, saying plastering them on the cars is the “patriotic” thing to do, reports Fox2Now.

Sheriff Doug Rader of Stone County made a great show of displaying the new stickers, posting multiple pictures of vehicles on the sheriff’s department Facebook page, writing that the phrase is “our National motto.”

“I am proud to announce that all of the Stone County Sheriff’s Office Patrol vehicles now have ‘In God we trust’ on the back,” the message stated. “This became our National Motto in 1956 and is on all of our currency. There has been no better time than now to proudly display our National Motto!”

Not everyone was pleased with with the decision, with Nathan Belden replying on the Facebook post that is is a violation of the separation between church and state.

“Very simple and I’ll state for the record, I’m not offended that these decals exist, IT’S INAPPROPRIATE TO HAVE THEM ON GOVERNMENT PROPERTY. No voting required, it’s a violation of church and state. You are showing preference to a religion, how is this such a mystery?” Belden wrote, adding, “Any individual, for profit, non profit or any other organization can do as they please. Not a sheriff in any county can decide with or without approval(they don’t have the authority either) to do this.”

In an interview with KSPR, Sheriff Rader defended the stickers, saying, “It is part of our heritage, it’s patriotic. I mean, ‘In God we trust’ has been our national motto since 1956.”

Rader also said taxpayer dollars were not spent on the stickers, which were paid for by local businessmen, and that most complaints about the stickers were coming form people “far out of state.”

According to Rader, all cars will be soon bear the religiously themed stickers. 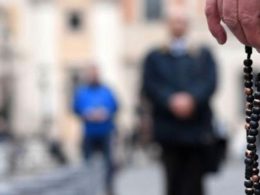 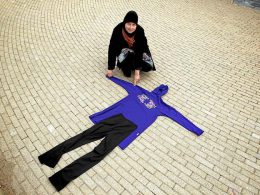 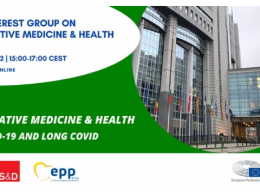