“On Faith” panelist Sam Harris is the author of the best-selling books Letter to a Christian Nation (2006) and The End of Faith (2005), which won the 2005 PEN Award for Nonfiction and has been translated into many foreign languages. Harris is a graduate in philosophy from Stanford University, has studied both Eastern and Western religious traditions, and is now completing a doctorate in neuroscience. He makes regular appearances on television and radio to discuss the danger that religion now poses to modern societies. His essays have appeared in Newsweek, The Los Angeles Times, The Times of London and The Boston Globe.

Kajal Khidr was accused of adultery by her husband's family and held hostage by six family members in Iraqi Kurdistan. Kajal Khidr was tortured and mutilated; family members cut off part of her nose and told her she would be killed after the birth of her child. After fleeing to Syria, two of her abusers were arrested. However, they were both released within twenty-four hours because authorities determined they had acted to safeguard the honor of the family. No charges were ever brought against them. (Amnesty International Website)

In northern Uganda, the Lord's Resistance Army (LRA) abducts children, forcing girls into "marriage" and institutionalized rape… The men then have total sexual control over their "wives" and "domestic helpers," subjecting them to rape and various other forms of violence. (Amnesty International Website)

Mary Ann Kingston was pulled out of school at 13 and told to prepare for marriage. At 16, she was forced to marry her 33-year-old uncle. The order teaches that incest is a preferred practice to preserve a pure family bloodline originating from Jesus Christ. When Mary Ann ran away, her father took her to a remote ranch near the Utah-Idaho line and beat her with his leather belt. She counted 28 lashes before passing out. [The number of people in polygamous families in Utah is estimated at as many as 50,000.] (J. Nichols. “Wives suing to bring end to abuse under polygamy.” The Arizona Republic. October 15, 2003.)

For millennia the world’s great prophets and theologians have applied their collective genius to the riddle of womanhood. The result has been polygamy, sati, honor killing, punitive rape, genital mutilation, forced marriages, a cultic obsession with virginity, compulsory veiling, the persecution of unwed mothers, and other forms of physical and psychological abuse so kaleidoscopic in variety as to scarcely admit of concise description. Some of this sexist evil probably predates religion and can be ascribed to our biology, but there is no question that religion promulgates and renders sacrosanct attitudes toward women that would be unseemly in a brachiating ape.

While man was made in the image of God, the prevailing view under Judaism, Christianity, and Islam is that woman was made in the image of man. Her humanity, therefore, is derivative, contingent, ersatz (Gen: 2-21-22 Koran 4:1; 39.6; 7.189). Of all the animals, woman was the last to be made but the first to sin (Gen 3:12). The Old Testament puts the monetary value of a woman’s life at one-half to two-thirds that of a man’s (Leviticus 27). The Koran elaborates: it requires the testimony of two women to offset that of one man (2:282) and every girl deserves exactly one-half her brother’s share of inheritance (4:11). God suggests in his tenth commandment that the woman next door is your neighbor’s material possession which, along with his house, slaves and oxen, must not be coveted (Exodus 20:17); Deuteronomy 5:21).

The God of Abraham has made it perfectly clear that a woman is expected to live in subjugation to her father until the moment she is pressed into connubial service to her husband. As St. Paul put it: "Wives, be subject to your husbands, as to the Lord. For the husband is the head of the wife as Christ is the head of the church, his body, and is himself its Savior. As the church is subject to Christ, so let wives also be subject in everything to their husbands." (Ephesians 5:22-24). The Koran delivers the same message, and recommends that disobedient wives be whipped (4:34). The suppression of women under Islam achieved hideous precision through the writings of Al-Ghazali (1058-1111), perhaps the most influential Muslim since Muhammad:

She should stay home and get on with her spinning, she should not go out often, she must not be well-informed, nor must she be communicative with her neighbors and only visit them when absolutely necessary; she should take care of her husband and respect him in his presence and his absence and seek to satisfy him in everything… she must not leave the house without his permission and if given his permission she must leave surreptitiously. She should put on old clothes and take deserted streets and alleys, avoid markets, and make sure that a stranger does not hear her voice or recognize her; she must not speak to a friend of her husband even in need… Her sole worry should be her virtue, her home as well as her prayers and her fast. If a friend of her husband calls when the latter is absent she must not open the door nor reply to him in order to safeguard her and her husband’s honor. She should accept what her husband gives her as sufficient sexual needs at any moment… She should be clean and ready to satisfy her husband’s sexual needs at any moment.
(Cited in Ibn Warraq’s, Why I Am Not Muslim, p. 300).

Recall the blissful lives of Afghan women under the Taliban, or reflect upon how many Muslim girls throughout the world are still obliged to wear the veil, and you will understand that this type of thinking has consequences.

The net effect of religion (especially in the Abrahamic tradition) has been to demonize female sexuality and portray women as morally and intellectually inferior to men. Every woman holds the dignity of men for ransom, and is liable to tarnish it with a glance, or destroy it outright through sexual indiscretion. From this perspective, rape is a crime that one man commits against the honor of another; the woman is merely Shame’s vehicle, and often culpably acquiescent—being all blandishments and guile and winking treachery. According to God, if the victim of a rape neglects to scream loudly enough, she should be stoned to death as an accessory to her own defilement (Deuteronomy 22:24). Every man’s daughter is a potential whore liable to grow drunk on the blood of good men—a Delilah, a Jezebel, a Salome. Every girl, therefore, must be mastered and locked away before she can succumb to the evil that is her all-too-natural enthusiasm. According to God, women have been placed on earth to service men, to bear their children, to the keep their homes in order, and above all to not betray them by becoming the object of another man’s sexual enjoyment. And so it falls to every man to shield his women from the predations of his rapacious brothers and oblige them, until death or decrepitude, to fulfill their most sacred purpose—as incubators of sons.

If we ever achieve a civilization of true equity, respect, and love between the sexes, it will not be because we paid more attention to our holy books. 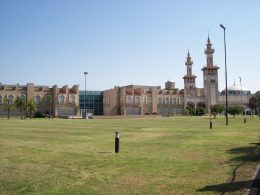 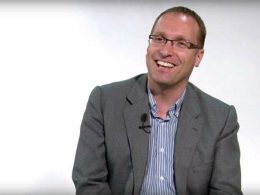 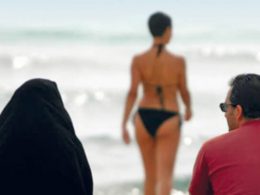 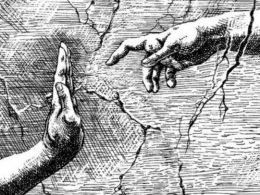