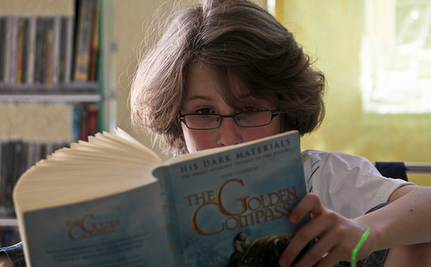 Hundreds of books are challenged or banned every year– but Philip Pullman‘s “His Dark Materials” trilogy holds the additional dubious honor of being specifically targeted by the Catholic League because of themes including “atheism and Catholic bashing.”

The trilogy, which is often classified as children’s or young adult literature, includes the books “The Golden Compass,” “The Subtle Knife,” and “The Amber Spyglass.” The three books follow the protagonist, a young girl named Lyra, and her friend Will through their adventures in parallel universes, and has been described as a modern take on Milton’s “Paradise Lost.” Fantastical elements such as talking polar bears, witches, and magic are central to the plot of the series.

The shortcomings of organized religion are often mentioned by characters in the trilogy. A witch named Ruta Skadi states, “For all of [the Church's] history… it’s tried to suppress and control every natural impulse. And when it can’t control them, it cuts them out.” Lyra assists in the death of the “Authority” (God), and as a result sets all the souls trapped in the underworld free.

On the subject of criticism of the trilogy’s anti-religion themes, Pullman said, “I’ve been surprised how little criticism I’ve got. Harry Potter’s been taking all the flak… Meanwhile, I’ve been flying under the radar, saying things that are far more subversive than anything poor old Harry has said. My books are about killing God.”

While the themes sound kind of heavy for a children’s trilogy, I found “His Dark Materials” to be one of the most compelling and best-written series that I have ever read. The books are challenging but I made it through all of them by the time I was fourteen, and was blown away with the power and passion of Pullman’s story.

This trilogy embodies everything about quality literature: fantastic writing, lifelike characters, a vivid setting, and, most of all, a compelling storyline that examines serious issues. It’s not “The Babysitter’s Club,” that’s for sure. But any school or public library that bans “His Dark Materials” robs its patrons of an amazing literary adventure.