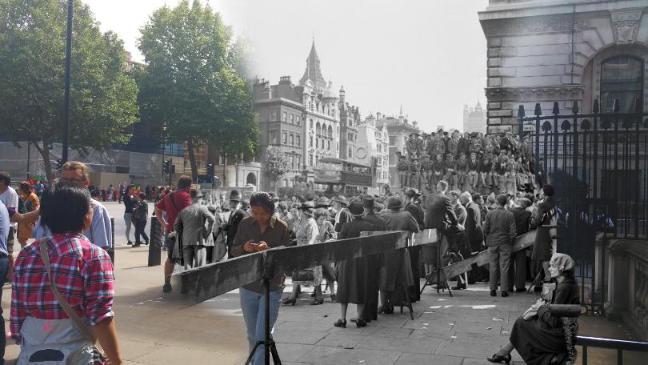 The Queen and David Cameron are leading the nation in marking the «poignant» and «emotional» 70th anniversary of VJ Day.

The sacrifices of British Second World War forces who fought and died defeating Japan have been commemorated in a service at St Martin-in-the-Fields church in central London – the first in a series of remembrance events.

The Metropolitan Police has encouraged people to continue with their plans to attend or take part in events as normal following media reports that extremists aim to explode a bomb during the commemorations.

Buckingham Palace has refused to comment on the reported threat, with a spokeswoman saying they do not comment on security matters.

There is a visible police presence and tight security around the church which is situated in Trafalgar Square, as tourists and onlookers stand behind barriers.

The Queen, dressed in a dusty pink outfit and hat, is joined by the Duke of Edinburgh and the Earl and Countess of Wessex.