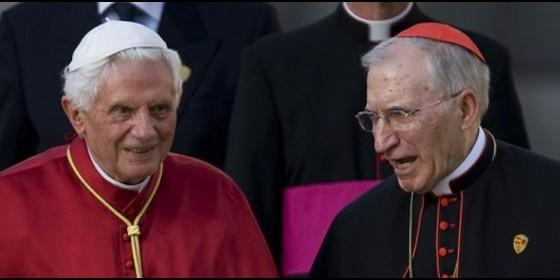 Alcala de Henares, Spain — Cash-strapped officials in Europe are looking for a way to ease their financial burden by upending centuries of tradition and seeking to tap one of the last untouched sources of wealth: the Catholic Church.

Thousands of public officials who have seen the financial crisis hit their budgets are chipping away at the various tax breaks and privileges the church has enjoyed for centuries.

But the church is facing its own money troubles. Offerings from parishioners have nosedived, and it has been accused of using shady bank accounts and hiding suspect transactions.

Rubio, a city council member in Alcala, is leading an effort to impose a tax on all church property used for non-religious purposes. The financial impact on the Catholic Church could be devastating. As one of the largest landowners in Spain — with holdings that include schools, homes, parks, sports fields and restaurants — the church could owe up to 3 billion euros in taxes each year.

“We want to make a statement that the costs of the crisis should be borne equally by every person and institution,” said Rubio, a 36-year-old former accountant in his first term in office.

Similar efforts that target church coffers or powers are underway in neighboring countries. In Italy, Prime Minister Mario Monti has called for a tax on church properties or on those portions of properties that have a commercial purpose. In Ireland, the minister of education is fighting to end church control of many of the country’s primary schools, and the government has slashed in half the grants it gives poor families for first Communions. More than half the city councils in Britain have eliminated state subsidies for transportation to faith-based schools, leading to a precipitous drop in enrollment.

Once an untouchable institution in some parts of Europe, the Catholic Church has come under fire for its government subsidies at a time when the continent’s economies are faltering and the population is subject to painful cuts in jobs, benefits and pensions.

Political groups have seized on the crisis as an opportunity to open up a larger debate about whether it is time to unwind some of the deals struck generations ago between church and state in predominantly Catholic countries in Europe.

“The separation of church and state is the big issue here,” said Charles Zech, director of the Center for the Study of Church Management at Villanova University, which focuses on the Catholic Church’s finances.

In response to the controversy, the Vatican and representatives of the church — Cardinal Antonio Maria Rouco in Spain and Cardinal Angelo Bagnasco in Italy, who head the council of bishops in their respective countries — have released statements saying they intend to comply with all laws. But they have declined to comment further except to emphasize that current norms recognize the “social value” of church activities.

Efforts to pare down its financial privileges could not have come at a worse time for the Catholic Church, which is experiencing money troubles despite its great wealth.

The net worth of the Vatican and the Catholic Church dioceses is difficult to estimate, but it is thought to be astronomical, according to Zech. The Vatican’s treasure of gold alone is thought to be worth several billion dollars. The church’s nearly 3,000 dioceses serve individual countries, regions or cities that defer to the Vatican in matters of doctrine but maintain their own finances.

With most of its assets tied up in buildings and artwork, the church has faced a cash-flow problem in recent years. Contributions have fallen dramatically in the wake of the global economic downturn. The clergy abuse scandal cost the church hundreds of millions in settlement costs, further eroding cash reserves.

Mismanagement has been another problem, especially for the Vatican, which this year reported its worst deficit — $19 million — in a decade. The Vatican bank has been embroiled in scandal for two decades, from the recent ousting of its president to accusations of money laundering and ties to the mafia, a possible murder and the disappearance of $1 billion in a bank it was closely linked to.

The issue of church tax payments has been simmering for several years. In 2010, European Union regulators launched an investigation into the Catholic Church and the taxes it pays in various countries. The E.U.’s competition czar, Joaquin Almunia, has said the tax breaks could be considered state aid and illegally distort competition in the market. But the issue wasn’t at the forefront of the debate until earlier this year when Monti, the Italian prime minister, called for assessing taxes on church properties.

Spain’s prime minister, Mariano Rajoy, has come down on the other side of the debate. He has called proposals to impose property taxes “irresponsible.” The church, he said, deserves the exemptions because it serves a “very important social function.”

Meanwhile, at least 100 cities in Spain have passed resolutions supporting municipal taxes on the church, and several thousand more cities are debating them, according to Europa Laica, a pro-secularism group.

In the coastal city of Buenavista del Norte in the Canary Islands, Mayor Antonio Gonzales Fuertes, 30, says he is trying to collect 6000 euros— about $7,750 — from the church for a rental villa and a banana farm it operates. Fuertes would like to use the money for efforts that have had to be cut, such as children’s recreation programs. “The city’s financial situation is very bad,” Fuertes said. “It doesn’t make sense to allow for-profit properties to have special treatment while social services are suffering.”

For David Cerdan, 38, a council member in the textile town of Aspe in eastern Spain, tax collection efforts are more a matter of principle — an attempt to distinguish between the church’s religious role and its role as a moneymaker. In June, Aspe’s council passed a measure supporting the collection of property taxes on church-owned buildings and land with no religious or charitable function, such as a restaurant in the center of town.

“This is a moment for the country to stand up to the power of the church,” Cerdan said.

Not the right moment

Vicente Amad, a council member in the shoemaking town of Elda, which in August passed a resolution supporting a church tax, says that kind of thinking is narrow-minded because it fails to take into account all the public services the church provides. Amad abstained from voting on the measure, saying he doesn’t think this is the right moment for such a step. “It is in times of economic hardship that we need the church the most and need to support it,” he said.

Nestled between a line of hills and the river Henares about 22 miles northeast of Madrid, Alcala has been occupied by Moorish, Jewish and Christian settlers since it was founded in the 1st century B.C. Famous for being the birthplace of Miguel de Cervantes and Catherine of Aragon, the city is one of the first Catholic Church districts in Spain. The local government has long had close ties to the church — the local bishop lives in a majestic 13th-century palace in the city’s center — but in recent months, relations have become strained.

The city is facing a budget shortfall of 33 million euros — nearly $43 million — that has forced cutbacks in everything from security patrols to the number of streetlights that can be illuminated at night. In May, the city council backed a proposal to collect municipal taxes from properties within its jurisdiction. The city of 203,000 is tallying which church properties would be affected and drawing up an estimated tax bill, but holdings that could be affected include university dorms, a school and even city hall.

One big challenge is determining which properties should be considered commercial, as many operate in a gray area. For example, Rubio asked, should a sweet shop that sells almond nougat and is run by nuns be considered a business?

Rubio, who considers himself Catholic, said he doesn’t see the proposal as a religious issue and believes all entities that enjoy special privileges — including political parties and unions — should be taxed.

But efforts to collect the money have been blocked, and the debate has divided small Spanish towns.

In Alcala and Aspe, the city councils were told by attorneys that three national laws, including one signed in 1979, allow the Catholic Church to operate in the country without paying property taxes and that they would have to appeal to the national government to change those laws before handing the local diocese a bill. In Buenavista del Norte, the tax collector refused to send the bill despite an order by the city council.

Fuertes said that he is unfazed and that he is preparing to take the issue as far as the Supreme Court until the taxes are paid. “We need to force the church to answer why it should continue to have these benefits while the rest of us suffer,” he said. Europe’s deepening debt crisisThousands of public officials who have seen the financial crisis hit their budgets are chipping away at the various tax breaks and privileges the church has enjoyed for centuries. But the church is facing its own money troubles.