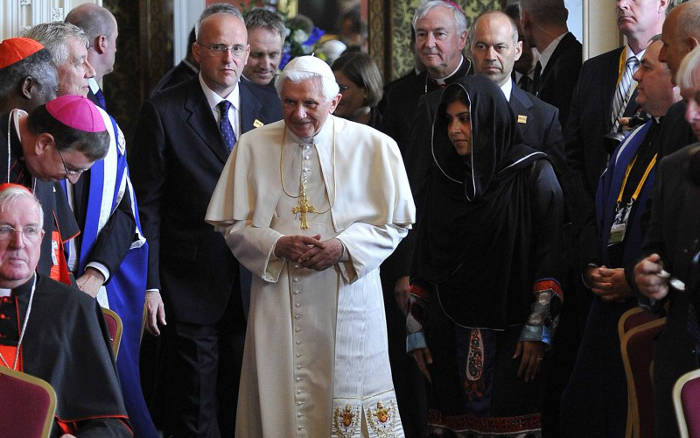 Premier Christian Radio has revealed that the Minister for Faith role has officially been scrapped, and the duties transferred to a junior ministerial post at the DCLG.

The President of the National Secular Society, Terry Sanderson, welcomed the news: «The NSS hasrepeatedly called for the Minister for Faith role to be scrapped, and we are very pleased to learn that the post will not be filled.

«Having such a position implied that so-called ‘people of faith’ should be privileged or given privileged treatment. And it would be no better if there were also to be a ‘Minister of no faith’; that would split the population in an entirely unnecessary way. I prefer the French model where the state is blind to citizen’s religion.

«The role has been abused by both previous Ministers who used their position to favour their own particular religious views. Neither of them had a balanced approach.

«The fact that no replacement has been appointed calls into question just how substantive the role actually was when it was first held by Baroness Warsi, for whom this strange position was created.»

Conservative peer Sayeeda Warsi served as the first Minister for Faith and Communities under the coalition Government, declaring that faith was «back at the heart of Government» before she resigned in 2014 and the role was taken on by Eric Pickles, then Secretary of State for Communities and Local Government. He said that the «contribution of faith» in the UK was a «source of constant inspiration».

No minister was appointed to the post after the 2015 General Election, and Baroness Williams was given responsibility for «integration and faith».

However Premier Christian Radio report that there was widespread «confusion» in the Government over who held the brief directly after the election, with one official claiming that Lord Ahmed, in the Department for Transport, held the title, while the Department for Communities and Local Government claimed the ministerial responsibilities remained in the DCLG.

The Government have now said that title of Minister for Faith «was a specific one given to first Baroness Warsi and then to Eric Pickles when she left the coalition Government.»

Labour have criticised the abolition of the post however, and Premier Christian Radio have quoted Shadow Work and Pensions Minister Stephen Timms labelling the decision a «mistake».

Mr Timms, who is the chair of Christians on the Left, complained that the Government had abolished the role and said the move ‘failed to recognise’ how important faith is in the UK.

He commented: «I think [the Government] should recognise just how important these matters are in modern Britain and the current structure of government and of ministerial posts fails to recognise that.»

Mr Sanderson added that Stephen Timms’ comments were predictable – «he has been trying for years to get more and more religion into parliament and is Labour’s own equivalent of a ‘minister for faith’. It is good that the Government are now recognising that a very large number of people in the UK are not religious, are not interested in religion, and do not want religion ‘at the heart’ of the Government. It’s long past time that politicians accepted that demographics have shifted.

«The non-religious don’t want a special minister just for their philosophical views; neither should the religious have one.

«Both Faith Ministers used their position to criticise their straw-man conception of secularism, and used their ministerial influence to push an inappropriate and divisive religious agenda.» 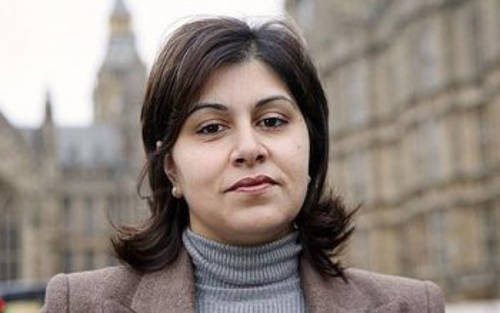 The Government has downgraded the role of “Minister for Faith”, handing over the responsibilities to a junior minister.

The position has remained unfilled since the election, but the Communities Department has confirmed the main responsibilities have been passed to Baroness Williams of Trafford in May, according to The Daily Telegraph.

The Baroness is a parliamentary under-secretary for the Department for Communities and Local Government.

She is now in charge of “integration and faith issues” on top of her policy brief for High Speed Two (HS2) rail programme, as well as travellers, women and equalities, race equality and local government finance and policy.

The role of Minister for Faith and Communities was first held by Baroness Warsi in 2012, who’s brief was to “work with religious and community leaders to promote faith, religious tolerance and stronger communities in the UK”.

Baroness Warsi also held a ministerial position in the Foreign Office, meaning she could attend Cabinet, which Baroness Williams cannot.

Following Baroness Warsi’s resignation over the Government’s handling of the Gaza crisis, Eric Pickles, the Secretary of State for Communities and Local Government, took on the role.

Taking on the position, he said: “It’s a job I take very seriously, but it’s also a source of constant inspiration when I see time and again the contribution of faith to Britain today.”

No 10 has denied the role has been scrapped or demoted, saying Baroness Williams is in charge of the same ministerial agenda.

Professor Francis Davis, who previously advised the faith minister, criticised the changes, saying is “a positive thing” to have a designated minister.

He added it is “important, however, as Christians to remember that our relationship with government shouldn’t be narrowed to just one doorway”.

Stephen Timms, acting shadow work and pensions minister, said: “It seems to me that ministers have failed to realise that in today’s Britain, faith commitments are becoming more important and not less important, and I think the initiative taken by the last government to introduce a minister with a specific remit in this area was a good move. I think it’s very regrettable that they reversed it.”

Baroness Williams was educated at La Sagesse school in Newcastle upon Tyne, run by the Daughters of Wisdom, which is now closed.