Deciding 2 to 1, a panel of the United States Court of Appeals for the Second Circuit said the city had “a strong basis to believe” that allowing the religious services to be conducted in schools could be seen as the kind of endorsement of religion that violated the First Amendment’s establishment clause.

“When worship services are performed in a place,” Judge Pierre N. Leval wrote for the majority, “the nature of the site changes. The site is no longer simply a room in a school being used temporarily for some activity.”

“The place has, at least for a time, become the church,” he wrote, adding that the city’s policy imposed “no restraint on the free expression of any point of view.” Rather, it applied only to “a certain type of activity — the conduct of worship services — and not to the free expression of religious views associated with it.”

The decision is the latest twist in a legal battle that dates to 1995, when an evangelical Christian church, the Bronx Household of Faith, sued, contending the city was violating the First Amendment in denying it access to a school, when it allowed other community groups to have space for their activities.

Initially, the challenge was unsuccessful, but in 2002, after the United States Supreme Court held that it was unconstitutional to exclude a student Bible study group from an upstate New York school building, a judge ruled that New York City had to provide religious groups with the same access as other community groups.

The judge, Loretta A. Preska of Federal District Court, later made her order permanent. The city’s Law Department said Thursday that more than 60 “congregations” obtained permits to use public schools for regular worship services in the 2008-9 school year. The Bronx Household of Faith has been using Public School 15.

The Law Department also said the Education Department was reviewing “its next steps for groups that are currently holding worship services in city schools” and would not ask groups “to cease using school buildings for services before the end of the school year.”

One city lawyer, Jane L. Gordon, called Thursday’s ruling “a victory for the city’s schoolchildren and their families.” Ms. Gordon added that the Education Department was “quite properly concerned about having any school in this diverse city identified with one particular religious belief or practice.”

Judge Leval wrote that “the fact that New York City’s school facilities are more available on Sundays than any other day of the week means that there is a de facto bias in favor of Christian groups who want to use the schools for worship services.” His opinion was joined by Judge Guido Calabresi.

Jordan Lorence, a lawyer for the Bronx Household of Faith, said he would seek a review of the decision, either by the full appeals court or by the Supreme Court.

“It’s very sad when government officials misinterpret the Constitution and attempt to kick such groups out,” Mr. Lorence said. “That is clearly not at all what the authors of the Constitution intended.”

Judge Leval, in his ruling, distinguished the Bronx Household of Faith from the Bible study group involved in the Supreme Court decision. The Bronx church and others using the city’s schools, he wrote, “tend to dominate the schools on the day they use them.”

“They use the largest rooms and are typically the only outside group using a school on Sunday,” he wrote. 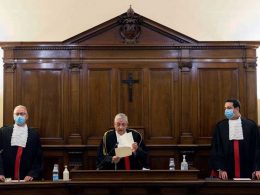 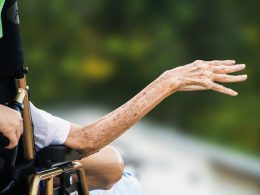 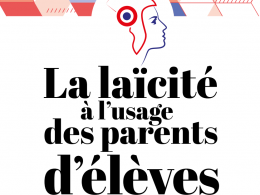 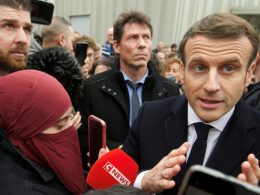