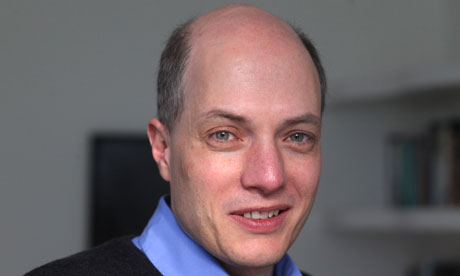 Plans to build a £1m "temple for atheists" among the international banks and medieval church spires of the City of London have sparked a clash between two of Britain's most prominent non-believers.

The philosopher and writer Alain de Botton is proposing to build a 46-metre (151ft) tower to celebrate a "new atheism" as an antidote to what he describes as Professor Richard Dawkins's "aggressive" and "destructive" approach to non-belief.

Rather than attack religion, De Botton said he wants to borrow the idea of awe-inspiring buildings that give people a better sense of perspective on life.

"Normally a temple is to Jesus, Mary or Buddha, but you can build a temple to anything that's positive and good," he said. "That could mean a temple to love, friendship, calm or perspective. Because of Richard Dawkins and Christopher Hitchens atheism has become known as a destructive force. But there are lots of people who don't believe but aren't aggressive towards religions."

Dawkins criticised the project on Thursday, indicating the money was being misspent and that a temple of atheism was a contradiction in terms.

"Atheists don't need temples," the author of The God Delusion said. "I think there are better things to spend this kind of money on. If you are going to spend money on atheism you could improve secular education and build non-religious schools which teach rational, sceptical critical thinking."

The spat came as De Botton revealed details of a temple to evoke more than 300m years of life on earth. Each centimetre of the tapering tower's interior has been designed to represent a million years and a narrow band of gold will illustrate the relatively tiny amount of time humans have walked the planet. The exterior would be inscribed with a binary code denoting the human genome sequence.

The philosopher said he has raised almost half the funds for the project from a group of property developers who want to remain anonymous. He hopes to find the rest of the money with a public appeal, and construction could start by the end of 2013 if permission is granted by the Corporation of London.

De Botton said he chose the country's financial centre because he believes it is where people have most seriously lost perspective on life's priorities.

The idea has echoes of earlier atheist spaces, ranging from churches converted to "temples of reason" during the French revolution to the Conway Hall in London which is run by the humanist South Place Ethical Society. The plan is already proving controversial and attempts to secure public sector backing have struggled. Discussions with City authorities about a possible site stalled because "they can't be seen to be connected to anything to do with atheism", the project's architect, Tom Greenall, said.

The temple features a single door for visitors who will enter as if it were an art installation. The roof will be open to the elements and there could be fossils and geologically interesting rocks in the concrete walls.

Humanists said it was misplaced for non-believers to build quasi-religious buildings, because atheists did not need temples to probe the meaning of life.

"The things religious people get from religion – awe, wonder, meaning and perspective – non-religious people get them from other places like art, nature, human relationships and the narratives we give our lives in other ways," said Andrew Copson, chief executive of the British Humanist Society.

De Botton has insisted atheists have as much right to enjoy inspiring architecture as religious believers.

"The dominant feeling you should get will be awe – the same feeling you get when you tip your head back in Ely cathedral," he said. "You should feel small but not in an intimidated way."

But according to the Rev Katharine Rumens, rector of St Giles' Cripplegate church, in the Barbican, where the temple is likely to be located: "Awe is not enough."

She said: "You need a welcome, a sense of belonging and of wanting to return. It might make you feel so insignificant you wouldn't know how to start. What would this say to somebody who is mentally frail or nearing the end of their life? How does that really speak to the human condition?"

Another Anglican, the Rev George Pitcher, a priest at St Bride's, Fleet Street, and a former adviser to the archbishop of Canterbury, "rejoiced" in the idea. "He is referring to a sense of human transcendence, that there is something more than our visceral existence," Pitcher said.

"Building a monument acknowledges that we are more than dust. Whether we come at that through secular means or a religious narrative, it is the same game.

"This is a more constructive atheism than Dawkins, who is about the destruction of ideas rather than contributing new ones." Alain de Botton has said he wants to borrow the idea of awe-inspiring buildings from religion to give people a better sense of perspective on life. Photograph: Eamonn Mccabe